We always hear this word back and forth, where ever we go in a day. But we have to learn to balance between Joy & sorrow.

Ever since COVID 19 was declared as a pandemic, a global crisis, whole humankind is shaken. It is declared as a disaster. I think this is worse than World War II. We were all along apprehensive of missile war & nuclear war. Nature has shocked the governments & public at large by an organism much smaller than an atom bomb. This is what we call in Indian mythology as Kaliyuga. 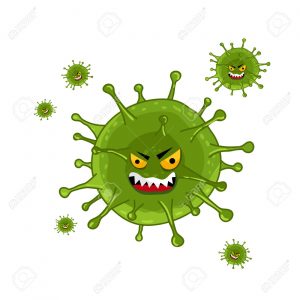 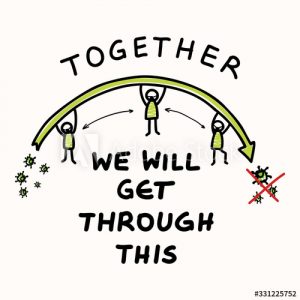 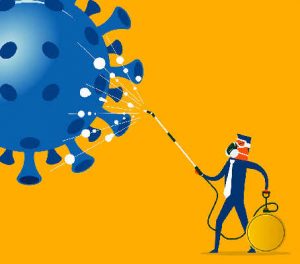 People are afraid of ev 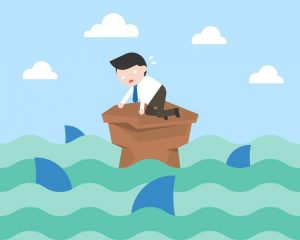 erything; insecurity about life has come to the top as in Gestalt psychology. As a health worker, we are much more apprehensive, helpless, as patient consultation is closed, medicines couldn’t be sent, daily at least 300 frantic calls about services etc.

Since there are only 2 or 3 psychiatric hospitals functioning  in Tamilnadu all violent patients from far off come to get admitted especially with Bipolar Mania, Psychotic excitement. The maintenance expenditure for the hospital has skyrocketed, but we are not able to put the cost to the patients. In fact we are in a tight corner.

We get many varieties of calls. One of the lady clients called me & said. “Sir, I am happy nowadays. I used to complain to you that my husband is always on the toes to look after business, but now he is stuck to home. Since we have a hotline & Tele- consultation people reach us with extreme anxiety, panic, insomnia and some people are extremely worried & saw their workload have increased, not able to manage children. Elders have their own worries.

One thing I couldn’t bear: since special school for disabled children are closed, parents are not able to manage their aggression, and violence. We had to just listen & say some soothing words and some useful tips. We read about many suicides during this lockdown. Three people have committed suicide, and they believed they might have contracted COVID 19. 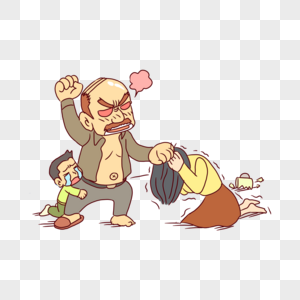 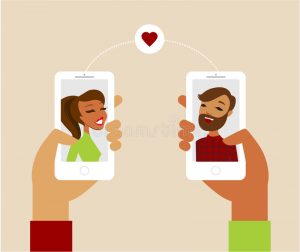 Another funny report I read was the use of DATING APPs had increased alarmingly. Even married people are using these. School children find it difficult to stay inside home for such a long period. All are hook to mobile & get gaming addiction.

World Bank predicts a negative GDP to -3% this current year. Unemployment is the highest now due to business shutdown. 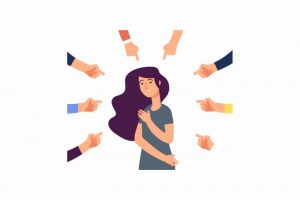 All these impact our happiness, we go far extreme anxiety, panic attacks, post traumatic stress disorders (excess arousal, hyper vigilant, reliving the trauma & depression). This is more seen in those who have been discharged after treatment of infection & those quarantined people with negative result. They have a sense of being victimized, confined for no fault of them, & stigma attached to quarantine.

At present we are in stage 3 – Bargaining – we question the rationale of lockdown, reasons for death, clash between those who support and those who oppose lockdown.

WPA predicts depression and PTSD will sour in the next 3 months.

As I tell you all over is not bad- I mean still we are alive. We will live if we follow the government rules and regulations. Accept them: don’t think too much about death. Only those who didn’t follow guidelines have been affected. Accept the reality.

All these anxiety, depression, stress have biological reasons. Based on your personality & nurturing, the innate biological mechanism activates the hypothalamus pituitary, Adrenal axis (HPA axis) aberration in the circuit is the clinical expression.

What is the answer to all this anxiety and disorder?

You are not alone:  You think all about yourself. All the seven billion population are having similar suffering. Share with your family and friends about your feelings & reassure them. Keep talking about stay home, stay safe! 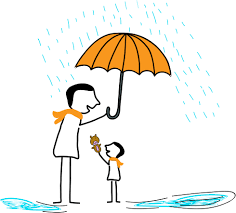 I strongly feel that this is an opportunity to understand ourselves. All along you have been protected. You have not faced any calamity (except some nations), we are used to have smooth life. We might not have thought about underprivileged about hunger and poverty.

This is the time to understand a human. This disaster will help you a lot for future. Your defense mechanism will improve, coping skills will improve. 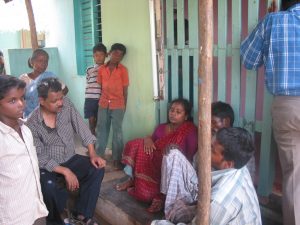 I had personal experience in doing service at some disasters. 1. When a school (in which I did my elementary education) in July 2004 caught fire and 93 children were charred to death as the outer gate was locked, 65 survived serious burn injuries & other 400 children & their families had PTSD. 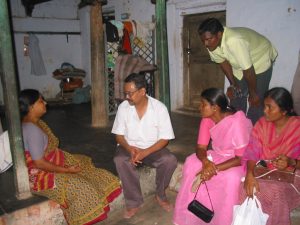 We stayed in Kumbakonam for 1 week and did counselling. In December 2004, Tsunami had affected coastal area badly. Thousands died on the spot. We interacted with survivors. One survivor narrated, we were in deep sleep. Around 4 am we just heard a thundering noise; water gushed into our house, swept us & pushed us into the sea. 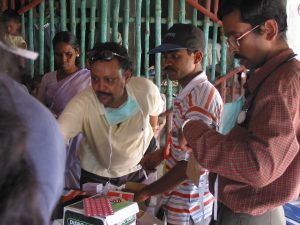 Only a few could survive. Dead bodies of children were floating. One small boy was swept into the sea and another wave threw him so high & he landed over a tree. After 2 days he regained consciousness & got down, only to find him his whole family had died. 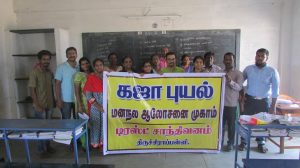 It is still an unforgettable scene where dead bodies were heaped in the seashore in Nagore & other Tsunami affected areas.  I had also participated in another 2 local disasters- one cyclone & a flood in Chennai and another Gaja cyclone which affected our coastal areas. 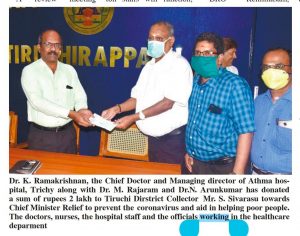 We also counseled the quarantined people who were kept in Jamal Mohammed College. But the good thing I found out was they kindled national spirit, humanity at its best. Volunteers across the nation poured in & helped the suffering people. Many of these survivors suffered PTSD, depression. But look now, they all have overcome the trauma, learnt to survive even in adversity.

Could anyone imagine those years that Japan will survive after nuclear attack @ Hiroshima & Nagasaki entirely dusted the island and lakhs of people died. Most of the survivors had bad effects of radiation ever after that. They worked hard and recovered. 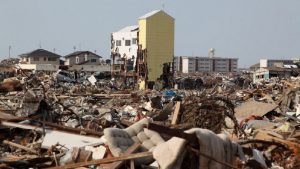 This country is a victim of at least 1000 earthquakes/year. The worst year was in 2011 where they had more than 10,000 earthquakes. Every year at least 10,000 people die in quakes and more than million dollars properties were lost. But they never complain, they face reality and they are more resilient. Today Japan has the GDP (i.e) 5400.00 Billion USD. Tokyo has just 1900 homeless persons. India and Israel have all developed from nothing.

In Mahabharatha, King Yudhistar was asked by an angel, “What is the most fascinating thing about humans?”  He replied, it’s quite a surprise that though people know death is certain, still they fear for it.

We frequently hear reports of increased domestic violence in the lockdown period. This can be attributed to anxiety, apprehensiveness, financial burden, and insecurities of households. All these are sadly translated into violence against the wife.

People fail to understand that there is a good in every bad. In generations to come, no one is going to get as much time at home. Approximately more than 30 days. My suggestion is instead of lamenting face the reality and make use of the opportunity given.

You might have known that old age, obesity, diabetes, hypertension and reduced immunity are the risk factors for the mortality due to corona infection. You have to be careful, not panic.

The best way to improve your immunity is to be happy and positive. Our body has a healthy defense system called HAPPY HORMONES – Dopamine, serotonin, Oxytocin & endorphins. If their levels are improved by staying happy, your immunity improves.

I know people are hooked to TV to update about corona. They are counting numbers of positive cases & deaths as if it’s a cricket score. This only aggravates their panic and anxiety. We are not under control of external situation. 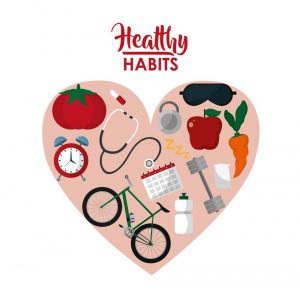 Only you can control yourself. Don’t spread the panic to others. It is like infection. Follow only government’s statements. Listen to good music, games, some comedy movies, read books, do some creative works, engage your children and distract them from gaming. Exp addicting games especially PUBG. 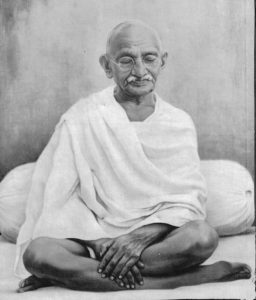 You all know Mahatma Gandhiji got freedom for India from British. Is it by violence or bloodshed? No. But simply following AHIMSHA (Non-violence) & BOYCOTT. The vexed British themselves left the country.

Likewise, you practice the same. Now all you have to do is to boycott gatherings & crowd. The virus will automatically go.

In this period you have also learnt how to live in a budget. Not to go to window shopping in malls, need for savings, cost cuttings. Isn’t it? Pollution has decreased drastically. These are the lessons for the future.

The post lockdown period is going to be still worse than now. Unemployment, salary cut, loan, repayments, health issue, excess work at offices, lots of business meetings all these are going to take a toll.

So at least now you learn from today and prepare for the future.

Finally I come to religion and spirituality. You may be wondering why I write this in the end. Only because  it is the only & final solution. 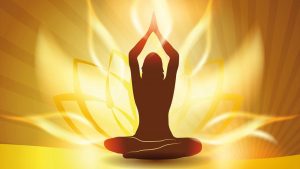 Connecting to God, prayer, meditation towards god and surrender will liberate you from all fears. He will help you. He is omnipotent. He knows your difficulty. Leave your problems to him.  Spiritually is first an extension of religion but with a broader vision and universality.  It follows Gnana Marga. Follow this you will overcome all obstacles & confusion.

This article has gone beyond my plan. Let me conclude with a synopsis.

Om, May we all be protected.

May we all be nourished

May we work together with great energy

May our intellect be sharpened

Let there be no animosity amongst us.

From ignorance, lead me to truth;

From darkness, lead me to light;

From death, lead me to immortality

God grant me the serenity

To accept things I cannot change

And the wisdom to know the differences

If the invisible virus can scare you then

the invisible God also has the power to save you

Believe this too will Pass away…..