I dedicate this address to my Guru, My Mentor and My God Father Dr R. Sundararajan, DM, an eminent Neurologist, Trichy who over the years have moulded me to be a humanistic psychiatrist. It’s always in my mind that our fellow physicians have supported me, uplifted to this state, I must be indebted to all of them.

I also record my gratitude to our senior psychiatrists Dr. Nambi, Dr. C. Ramasubramanian and other fellow psychiatrists for their constant encouragement and guidance. 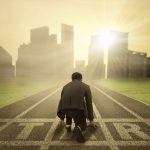 My friendship with fellow physicians has always fascinated me how they could work non-stop with enormous stress, that too, with a smiling face. They usually ask me to advise regarding mental health issues. But they will not acknowledge that they have either depression or anxiety.

One of our Medical officers had Bipolar Disorder in 1999, he had a manic episode, treated well but switched to depressive phase very early and was suicidal. I advised for Electro Convulsive Therapy for which the family didn’t agree and lost for follow up. One day the family brought him to our hospital with attempted hanging, but he had already gone to coma and subsequently anoxic encephalopathy. He was in a vegetative state for three years before he passed away. This has made a profound impact on me. 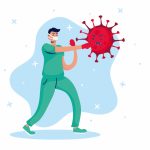 Even since the COVID-19 Pandemic, our colleagues are enduring heavy psychical and emotional exhaustion and also putting their life at stake. As a socially responsible psychiatrist, I had messaged to all IMA members about my desire to help them.

Now, I get frequent calls from our colleagues about their mental health issues. Hence I decided to present this topic as my address in the annual conference of Indian Psychiatric Society- South Zonal Branch, 2020.

We are the guardian angels chosen by God to society, to serve the ailing people, to bring smiles on the faces of suffered souls. We are a family of 11.59 lakh persons in a population of 136.6 crores in India. I frequently remember that advertisement “Owner’s pride, Neighbour’s envy”. The whole community respects us and envious of us that they couldn’t get the degree we have. 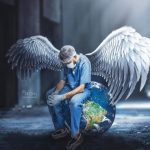 To them, we are GOD, God’s representative, saviour, one who have lighted lamp on their lives. As a Doctor, we have chosen the path to work hard, ever-smiling, empathetic, risk our life and sacrificed personal & family happiness and never let our emotions to affect our service.

But these attributes put pressure on us directly or indirectly. While ever-growing research and discoveries save millions of people, there is also an ongoing change in the climate of our professional life.

The concept of family doctor has changed to consultants. Along with service, commercialisation has crept in—people’s attitude towards us is also changing. Now we are consumers and answerable to even unwilingful human errors while delivering treatment. We can be punished by law, with heavy penalties and the license to practice can be suspended.

Majority of doctors are clustered to the urban area leading to unhealthy competition. We are under the service of non-medical persons as we have come to corporate hospitals. 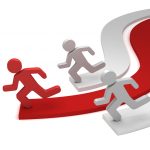 Though medical practitioners could increase the life expectancy of the nation, our quality of life has not improved. But on the other hand, we doctors are facing enormous trauma, public orchestration, violence and also to budge to political systems. 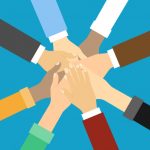 Now its time to unite together, save ourselves and help our fellow physicians. Indian Medical Association, Indian Psychiatric Society and other speciality associations are striving to empower us & protect us. But, a lot has to happen in safeguarding the mental health of medical practitioners.

Research from all over the world suggests that Medical Practitioner’s (MP) have high rates of mental health problems ranging from depression, anxiety, substance abuse, misuse of prescription drugs, and emotional exhaustion and suicidal attempts. 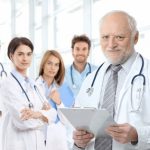 There appear to be high rates of mental ill-health among young doctors and interns. A prospective study from England found a significant increase in depressive symptoms during a medical internship with over a quarter of the participants meeting the criteria for depression during training compared to just 3.9% before the internship. (10) These future practitioners are at high risk of recurrence of depressive disorders and prone to substance abuse. 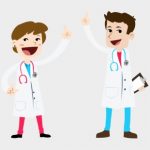 Most studies report that female doctors are significantly more affected than men concerning depression, anxiety, and burnout, while the latter is more into substance use, prescription drug abuse. Lady physicians have been successful in their carrier when they are independent.

Each speciality has a unique level of stress, for example, a physician or a surgeon has long working hours, unpredictable night shifts, facing a crisis in casualty, often have to handle themselves when their junior staff are not in time, facing agitated caregivers in ER and breaking bad news. 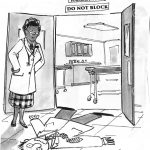 These add to early exhaustion, less time to update, feels monotonous and less recreation. Often they indulge in substance use or prescription of drugs to get adequate sleep to do the next day’s job.

Medical professionals are also prone to abuse of various substances and develop substance-use disorders. Studies have shown a high prevalence of nicotine dependence and use of other substances such as alcohol, cannabis, benzodiazepines and opioids too. (12) 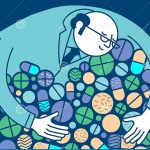 Easy availability, knowledge about the potential effects, mechanism of drug action, and way to use it are the reasons. Over a while, they may have consequences of the substance use example cognitive slowing with prolonged use of benzodiazepines, which they are little aware of.

Alcohol use, alcohol abuse and dependence pattern among medical professionals are equal to that of the general population, while the treatment compliance and psychological approach differ. 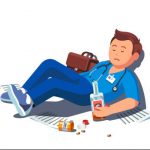 There are no consistent data of alcohol dependence among physicians (13), while hazardous drinking among the medical student population is up to 46.5% with three times more among men than women. (14) 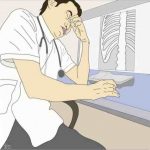 Many stressors involved in the profession are unique to MPs such as they are routinely faced with breaking bad news, frequent contact with illness, anxiety, suffering and death. (15)

They have to face the patient’s emotional reaction, caregiver’s anxiety, listen to their distress, emotional let out and take time to soothe them. (16)

Together with high expectation showered on the doctors, adding unrealistic pressure on doctors and when failed verbal or even physical aggression. Thus a doctor-patient – caregiver relationships was found to a key predictor of depression in the former (17). 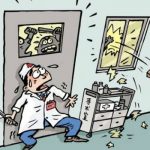 found up to 77.3% of doctors faced Workplace violence & common reasons were no improvement or deterioration of the patient’s condition or perceiving unfair treatment given.

The victims (doctors) reported “loss of self-esteem”, “feeling of shame” and “Stress/depression/anxiety/ideas of persecution” after the incident, this resulted in a decrease in management by surgical interventions, handling emergency or completed cases. (18) 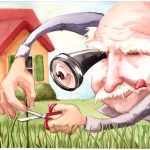 Certain personality traits of the MPs such as being an increasing self-critical, perfectionist, desire to please everyone, excessive sense of responsibility, guilt for things outside of one’s control, self-doubt and obsessive-compulsive traits prone the individual into guilt, and depression. (19)